Congratulations to you, on your graduation from Mirror University and entrance
into the greater world! The faculty and administration would also like to
belatedly thank you for having enrolled, and compliment you on your refinement
and sense of discrimination in choosing MirrorU… the only available choice.

As a Post-Graduate student, you’re invited to discuss the curriculum with the
staff during Office Hours, every Wednesday from 3pm-8pm Eastern Standard time. 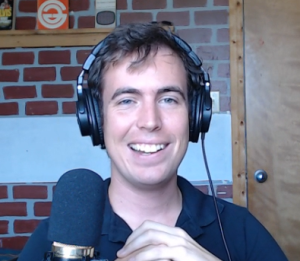 Clinton has been in very many online scenes over the past twenty years, a nomadic intellectual in his smash-and-grab style of learning. In recent years, he’s realized that it’s the physical world of media and which have been the constant compliment to the conditions of infinite content. His interests now are in the grounding of information, abstraction, models, and know-how within their embodied forms—in other words, getting through the material.

Bob Dobbs is the son of a butler who was once ensconced in what was then, the center of cosmopolitan activity. After World War I, the gated elites began to deploy intelligence liaisons to learn about the rapidly changing world, and René Dobbs (Bob’s father) was sent into the trenches of a turbulent culture to rub elbows with the literati, artists, and patrons of the shifting global landscape. In World War II Bob stepped into his father’s profession, showing up after the Malmedy Massacre in December, 1944. From there he went on to North America as an operative, eventually working for the Secret Council of Ten (which he says he disbanded after becoming its chairman in 1990).

Bob Dobbs has had an amazing and impressive history on radio beginning on October 1, 1984, when he appeared on CKLN-FM’s “Word of Mouth” hosted by Chris Twomey. Bob’s on-going, elastic, optimistic, eternal performance on the radio made Bob’s style of counter-culture intelligence and media ecology so trendy he inadvertently gave SLACK a professional status and became the scourge of the Church of the SubGenius. However impressive those accomplishments are, until recently Bob would have most erroneously been underestimated as a prolific archivist and curator of all things McLuhanesque. Armed with his own intellect the length of a thousand football fields, Probe-Artist Extraordinaire, Bob Dobbs, has succeeded in going light years beyond what McLuhan proposed, to develop a scientific/aesthetic synthesis of his own: a Five-Bodied model of life, art, and the causes/effects of the electronic environment, as well as the subsequent antidote to all that ails us – RnA Drops.

In January, 2008, Bob Dobbs took on the radio moniker, “Bob Neveritt”, and joined James Martinez on the now-classic Internet-radio show, “Cash Flow”. In October, 2009, Bob was joined by his bride, Dr. Carolyn Dean, and iON, to dazzle and delight listeners and consumers with “All the News that IS Knews Across the Living Nation”. Never one to be shy or modest, among Dobbs’ many illustrious contributions to Life on Planet Earth is a working apparatus for free energy and a treatment for cancer. Nominated as 2012’s Man of the Year, in addition to holding court/fort on Achieve Radio every Saturday at 8PM EST, it seems that all there is left for Bob to do is be President. He graciously invites the public(s) to join him for these weekly 16-hour conference calls in which he responds to all callers and answers all emails as he patiently outlines his plan for a NEW CIVILIZATION. 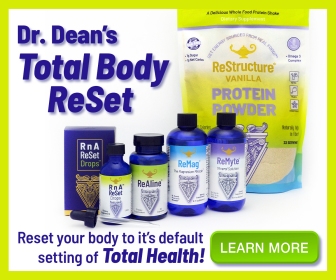